Statement regarding the tragedy at UNC Charlotte

The officers and the members of the Executive Committee of the Southeastern Council of Latin American Studies (SECOLAS) stand in solidarity with the students, faculty, staff, and administration of the University of North Carolina at Charlotte (UNC Charlotte), and the greater Charlotte community of which they are an integral part. SECOLAS condemns the act of terror of Tuesday, April 30, 2019 and rejects ideologies promoting violence.

SECOLAS mourns the deaths of the two victims and is deeply concerned about the health of the four additional victims of this brazen, cowardly act.

The University of North Carolina at Charlotte, its students, and its faculty have nurtured the development of SECOLAS. Since 2005, UNC Charlotte has provided financial support for the organization’s peer-reviewed journal The Latin Americanist. UNC Charlotte also sponsored financially the Secretariat for a decade (2006-2015). Its faculty have long served in leadership roles. Its students have long been active members, and one became the first graduate student to sit on SECOLAS’ Executive Committee. This attack on UNC Charlotte does not hit close to him, rather it hits home.

SECOLAS is an organization that is devoted to the critical inquiry and study of Latin American and Caribbean societies. It believes deeply in the sacred space of the university classroom in exposing, exploring, and debating ideas similar and strange to the students we mentor and teach.

This act of terror is at once an assault on UNC Charlotte and the values we hold dear and defend jealously.

At this critical time, we must act with courage and conviction in the interest of the commonwealth and the general public. Anything less is a disservice to the fallen and an abdication of leadership.

For Immediate Release March 28, 2022 Charlotte, North Carolina – The Southeastern Council of Latin American Studies (SECOLAS) has been awarded funding from the American Historical Association’s Grants to Sustain and Advance the Work of Read more… 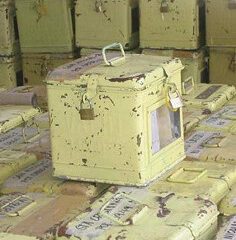 The Networking Event starts at 5 pm in the hotel bar. Come when you like

We still have two more sessions! Be sure to check out the wonderful slate of panels coming this afternoon. SECOLAS invites you to our Networking Event starting at 5 pm in the hotel bar. Please Read more…