Martin A. Nesvig of the University of Miami earned an honorable mention for his book entitled Promiscuous Power: An Unorthodox History of New Spain from the Alfred B. Thomas Book Award Committee.

The committee said of his book, “Nesvig employs archival research to construct a narrative of local politics in early colonial Mexico. In contrast to many authors that discuss either colonial power or indigenous resistance, he brings to light the resistance of Michoacán’s Spanish residents to the imposition of power by both the state and the church. With chapter titles such as ‘I Shit on You, Sir; or rather, An Unorthodox Lot of Catholics Who Didn’t Fear the Inquisition,’ Nesvig provides a humorously irreverent portrait of New Spain beyond Tenochtitlán.” 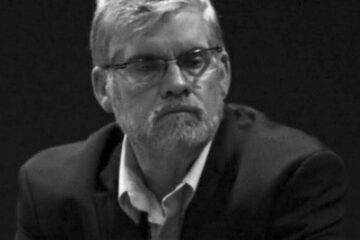 Congratulations to former SECOLAS president Stephen Morris on the publication of his new book The Corruption Debates: Left vs. Right—and Does It Matter—in the Americas

Latest issue of The Latin Americanist is out!

Volume 65, Issue 2 is hot off the presses! Check it out: Issue hyperlink: https://muse.jhu.edu/issue/44820 Published by the University of North Carolina Press for the Southeastern Council of Latin American Studies. Articles: Greg Weeks, Note from the Outgoing Editor João Read more…